Halloween dates back to the Celts who lived 2,000 years ago. The day marked the end of summer and the beginning of a cold dark winter which is a time of year associated with death. The Celts believed that during this time the worlds between the living and the dead were blurred. And so began the Celtic festival of Samhain when the ghosts of the dead returned to earth. As Halloween is only around the corner we thought it would be fitting to write about gemstones associated with death and mourning.

These suits are something to behold. During the Han period in China, the dead (if wealthy enough!) would be buried in Jade suits. Nephrite jade was cut into small tile like slabs and sown together to encase the body. It was believed that this would preserve the body and the souls attached to it in death. Your status would influence the thread that was used to sow the jade suit. An emperor would be threaded with gold, lesser royals and high ranked nobility in silver, sons and daughters of the lessor in copper and low ranked aristocrats with silk. It was thought the stories of people buried in jade suits was a myth until the discovery of two jade suits in which Prince Liu and his wife Princess Dou Wan in Mancheng, Hebei  were buried and discovered in 1968. It is thought the practise was stopped at the end of the Han dynasty in fear that tomb robbers would enter the tombs and retrieve the threads. 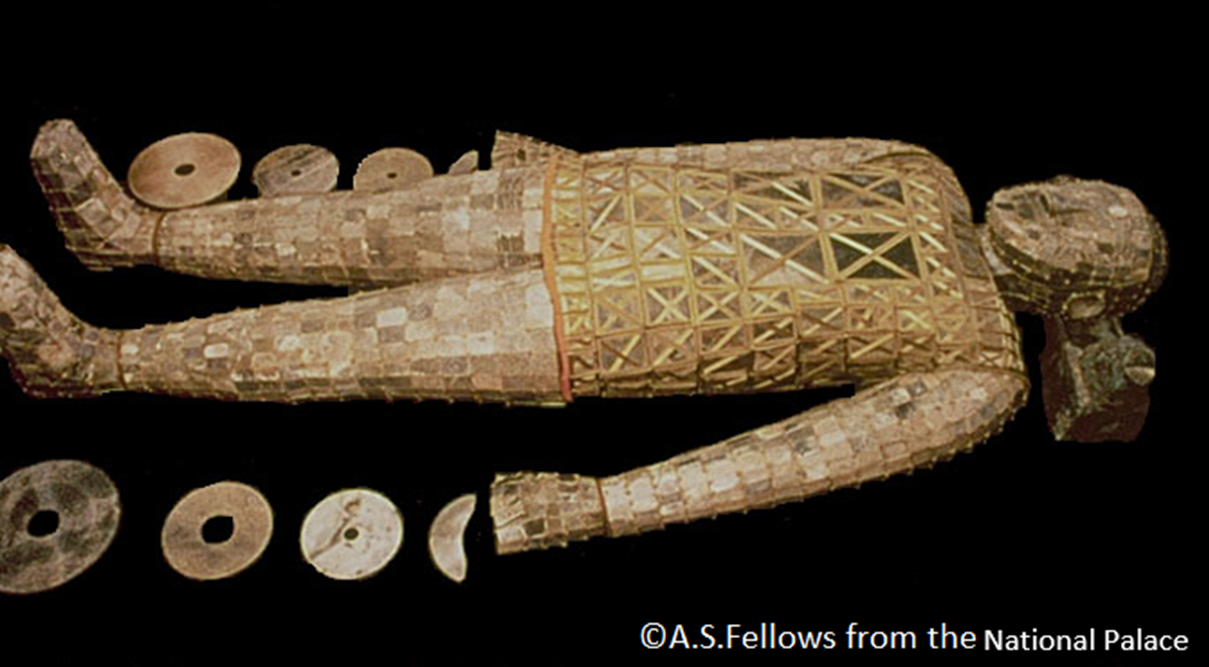 China was not the only place that saw jade as an incredibly important stone. The mayans saw jade as a healing stone. So much so they used the stones to exorcise demons and they would bury the dead within a jade tomb to stop decomposition of the deceased. 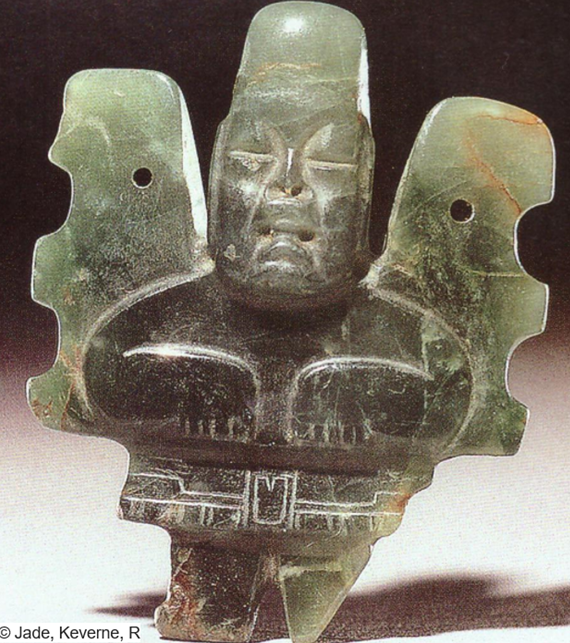 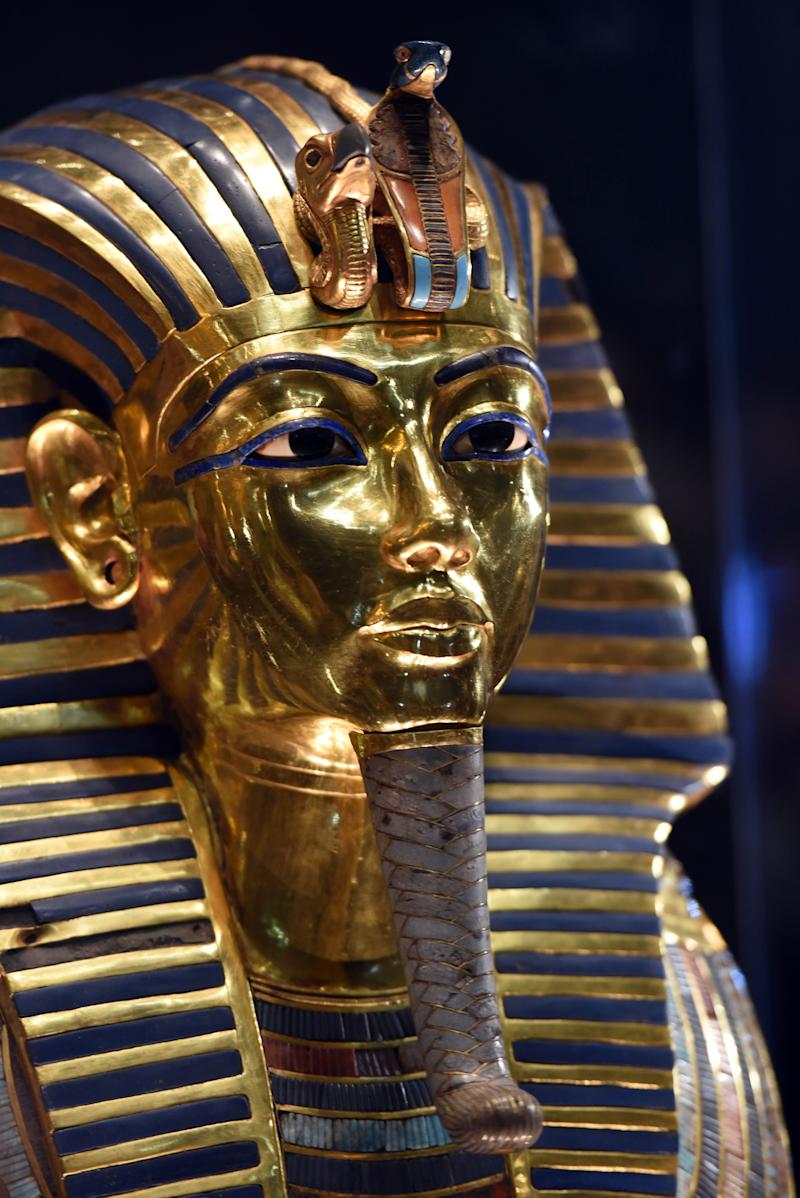 The Egyptians are very well known for their tombs and mummification. On the death mask of Tutankhamun lapis lazuli is used for the eyes and eyebrows. The gem stone was highly prized so much so that dead kings were believed to be reanimated as the sun god Ra who is described having gold flesh, silver bones and lapis lazuli hair. Lapis was long used for sacred amulets often as a scarab beetle which is a symbol of protection, renewal and resurrection.

As far back at the 1600s the mourning dress code was very strict, particularly for woman. Black had to be worn during the ‘deep mourning’ stage which lasted 2-3 years and jewellery began to follow suit. Mourning jewellery began to gain popularity in the 1800s after Queen Victoria mourned the death of her beloved Albert. Popular motifs included skeletons, gravediggers and coffins. Hair of the deceased was also very common included in the piece of jewellery. Jet was the gemstone that was most popular to use due to its deep black colour. Pearls would also be used to remember the death of a child, the pearl would represent tears and turquoise was used to mean ‘thinking of you’. 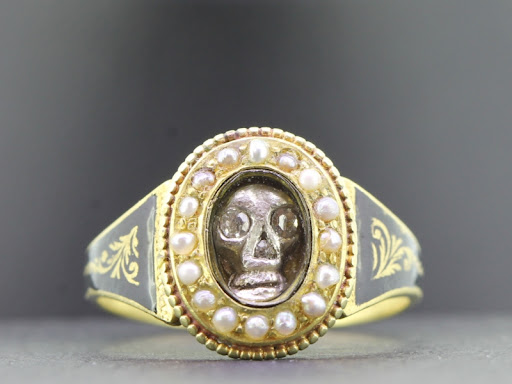 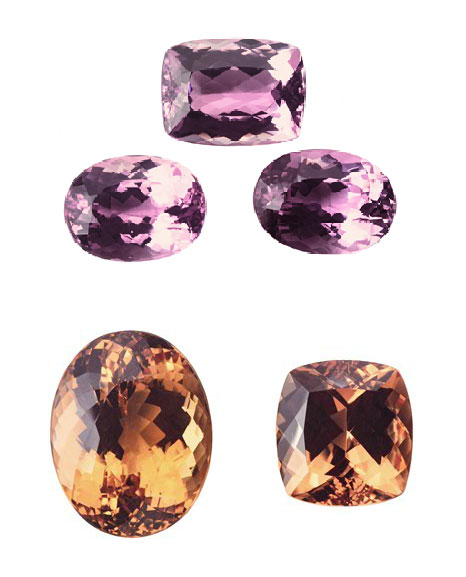 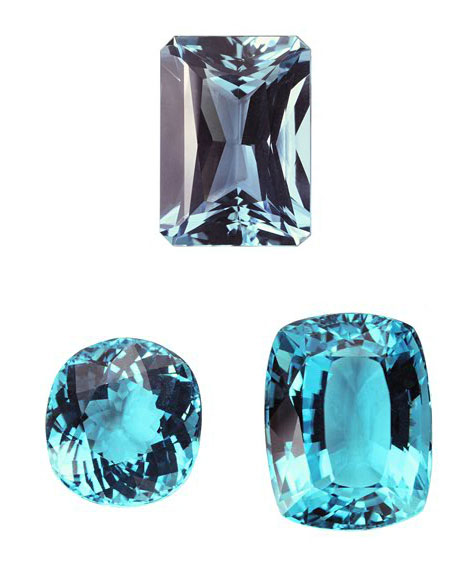 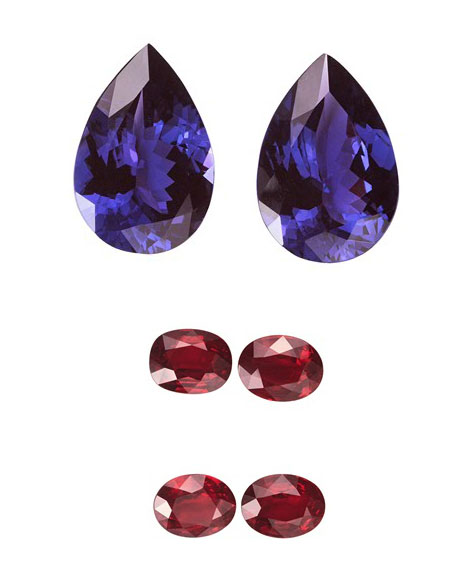 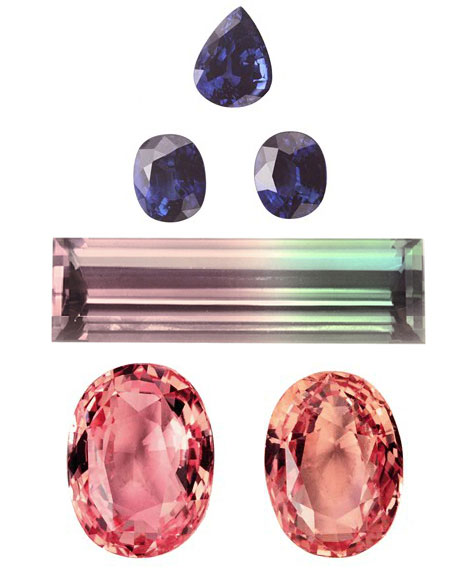